News article about Cash Campain featured in "The Habit"

Singer, Songwriter and Rapper: The Talented Mr. Parker. Cash-motivated Cameron “Cash Campain” Parker is a triple threat. While campaigning to knock out the competition with his singing, songwriting and rapping, the success-driven artist Cash Campain believes that he is going straight to the top. Sacramento native, Parker has been performing since he was three years old. His favorite singer was Michael Jackson and his memorabilia collection is vast and includes Jackson dressed- up that he wore every Halloween until the age of 10.

"My mom used to get mad at me because I used to do the performances and rip off all of my t-shirts ... I practiced the ‘moon walk’ for seven years before I even got it,” says Parker.

Parker started singing when he was in the third grade. He had Soul for Real’s CD “Candy Rain,” and mimicked everything they did. His mother heard him sing one day and later entered him into a talent show. He sung the group’s hit song Candy Rain to win over the judges, but an unfortunate comment from his father broke his spirit and sent him through a seven-year hiatus.

“He told me, ‘Boy I don’t know what you’ve been listening to, but you can’t sing...”. After that, Parker sung only to himself until he was 14 when his confidence was boosted by his interest in the ladies.

“I started singing to girls in the ninth grade,” says Parker in regards to showcasing his talents publicly “That was my hook, singing and playing basketball. Girls used to come up to me and ask me to sing certain songs for them and that’s when I knew I could really sing.”

Parker’s father worked as a teacher at the high school his son attended. One day he overheard while his son was serenading several young women. That was when he realized his son could really sing and he has supported him ever since. Growing up in the rough neighborhoods of South Sacramento wasn’t a cakewalk for Parker, and with his family’s positive influence on his character his journey to success began. Parker was intent on not being another black statistic or stereotype.

“I want to be successful in everything that I do…” and sitting in a studio everyday trying to hone his skills wasn’t the only thing on his mind. Pursuing a business degree would help bring his dreams full circle and Dominican University was going to be his ticket out of the negativity South Sac’ had to offer. Here at DU Parker made some unbreakable bonds.

“I told him when we got there that his roommates were going to be more than just roommates to him…”says Parker’s mother, Terri Pearson.

From strangers to brothers, roommates Toure’ Delaney and Nate Riley now serve as his “unofficial managers.” Together they keep one another grounded, and the now seniors are the positive role models that were not as prominent in their youth. It was through Delaney that Parker met his now label mate and musical engineer, William “Will Ways” Dubose. In 2004 Parker became Dubose’ first artist on Royal Court Records. He signed on as a rapper, and there in the studio Parker overcame the hurdle of singing on a mic and triumphantly took on the persona of Cash Campain.

In August of last year, Campain released his debut album, “Mind of a Scholar.” While showcasing his talents, he opened up his college life to his listeners so that they could enjoy his experiences through his music. Campain offers music lovers diverse listening pleasure, from love ballads that display his vocalizing ability such as, “Caring 101,” to club bangers like “Fly Boyz,” that put listeners in the mist of his lyrical flow.

“ …I told him that he had a voice that would touch people, and he has,” says Pearson. The up-and-coming artist has a music page, www.myspace.com/cashcampain, which is complete with photos, his bio and music to listen to as well as purchase.

“I could be the next gimmick of the moment, …” says Campain. “But getting my message across through my music is more important to me, the accolades will come through me perfecting my craft.”
- September 19, 2009

Honestly, this is one of the best songs I've ever created in my life. I felt like The Temptations the night they recorded "... 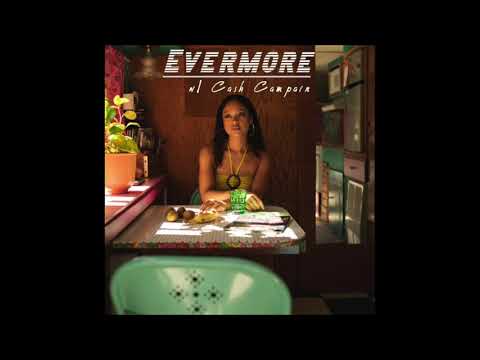